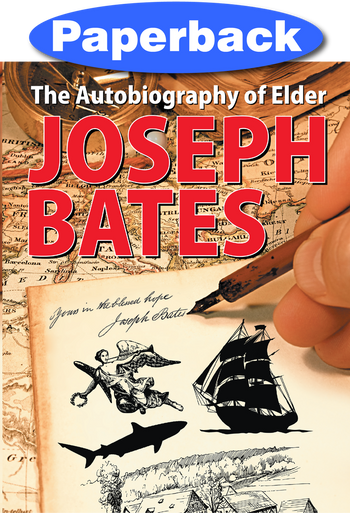 Joseph Bates was born in 1792 in Rochester, Massachusetts. At the age of fifteen, he accepted a job as a cabin boy aboard the Fanny, sailing from New York City to London. Thus began his career on the high seas, which culminated in Joseph becoming a respected ship captain.

During one of his trips, Joseph read the Bible his wife had packed in his trunk and was converted. Thus set in motion his most important quest—developing a deeper understanding of Scripture and a deeper love for his Lord and Savior.

In 1839 Bates accepted the teachings of William Miller. Then, months after the Great Disappointment, in the spring of 1845, Joseph accepted the seventh-day Sabbath truth. Consequently, he shared this good news with James and Ellen White, which resulted in his second career as a speaker, writer, and founding pioneer of the Seventh-day Adventist Church, which was formed in 1863.

The Autobiography of Elder Joseph Bates provides an in-depth look into his childhood, his adventures traversing the ocean, his conversion and the reform movements he supported, and his study of Scripture and the biblical truths he discovered.