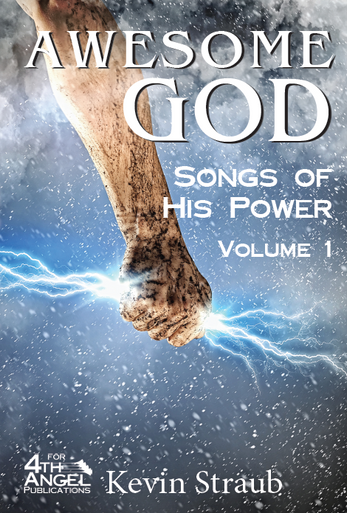 Which switch do we use to power off a device? The on-off switch, correct? It is one switch. Has the enemy convinced humanity that God has two power switches—one that does good things and one that brings destruction? Or will one switch be sufficient, the same as the one for our electric lights that both closes the circuit and brings light or breaks the circuit and “brings” darkness?

Have we succumbed to a muddy picture of God?

Awesome God: Songs of His Power is a collection of studies that carries forward the work of As He Is: Issues in the ‘Character of God’ Controversy (TEACH Services, Inc., 2012) in its purpose to help us see God more clearly in His actions throughout salvation history. In this compilation, the theme chosen is power. God possesses all power. The question raised is that if Creator God used His power to establish all that exists, including humans and angels, and if He continues by that same power to uphold and sustain all of it, does He need to draw upon that power to actively destroy and punish sinners? Is there another way to see how God handles power?

In this volume and the next, we strive to speak well of the Omnipotent One and build upon established principles of divine love and righteousness to present a pure portrayal of Him, a consistent picture of our Adonai, who engages in warfare righteously. Drawing upon Scriptural and Spirit of Prophecy evidence:

We examine the language used in the Bible pertaining to divine wrath and punishment. • We earnestly review official church publications that seek to reinforce the traditional view of divine retribution and justice and are invited to consider that institutional religion has been giving a dirty picture of God. • We look more closely at God’s commands to ancient Israel regarding the use of carnal weapons to conduct physical warfare and bring justice. Why would He do that if these are not His methods? • We get into the role of angels in righteous warfare and how they use power, finding that it is consistent with the divine attributes and methods. • Finally, we expand upon the work begun in As He Is regarding the final destruction of the wicked, detailing the nature of the various fires that take sin and sinners out of existence. Are they literal, figurative, or both?

Awesome God will have you singing about a new version of Awesomeness!