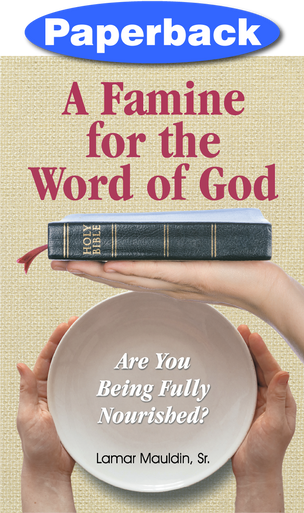 Famine for the Word of God, A: Are You Being Fully Nourished? / Mauldin, Lamar / Paperback / LSI

Lamar Mauldin, Senior, is a retired schoolteacher and accountant. He calls Linden, Tennessee home and is currently doing mission work in Oklahoma. He attended Dyke College in Cleveland, Ohio, where he earned a Bachelor of Arts degree in business administration in 1980. Lamar sites Proverbs 3:5-6 as his favorite Bible text. He enjoys reading the Bible, the works of Ellen G. White, and other uplifting religious materials. He is a lover of history, both biblical and secular, and has studied in the history of the translation of the Bible down through the years.

Downloadable and Shareable Materials: (PDF file will open in a new window)