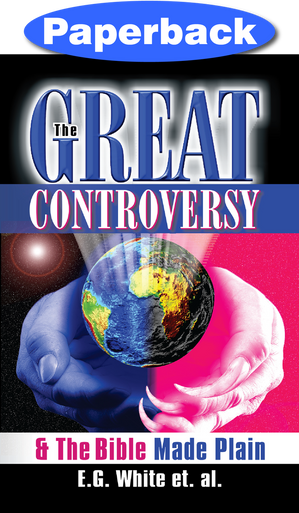 Since the beginning of the world's history, there have been two supernatural powers contending for supremacy of the world: the one seeking to establish a kingdom built on laws of love and truth; the other, on the laws of selfishness and deception. This warfare, involving the entire universe, touches every life. In fact, this earth has become the final battleground where the powers of evil and the powers of good have met to demonstrate, before humanity and the unseen intelligence of other worlds, whose right it is to rule the expanse of creation.

These two contending powers are Christ and Satan; and the great and final battle, the battle to end all battles, is right now being fought before our very eyes. The Great Controversy unveils these two forces at work in human history and in the events that are soon to change the course of this world forever. The Bible Made Plain is a verse-by-verse study of nineteen of the most important subjects of Scripture, highlighting the truths of the greatest consequence of all living in these last days before Christ returns as King of kings and Lord of lords, the rightful ruler of earth and heaven.