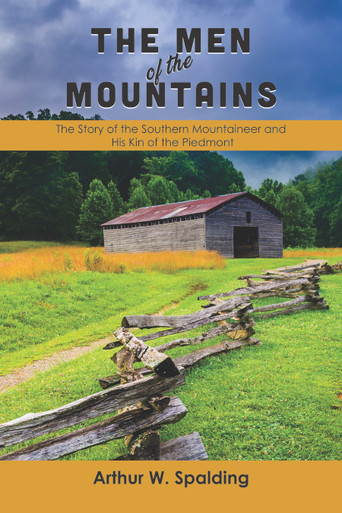 Men of the Mountains: The Story of the Southern Mountaineer and His Kin of the Piedmont, The / Spalding, Arthur W. / Paperback / LSI

The Men of the Mountains brings vividly before its readers conditions long past-and some even now still prevalent-in the highlands of the South. The story of the conquest of this vast section of our country by the early settlers, and of the valor, honor, and humor of their descendants is well worth careful study.

In this book, A W Spalding tells of the great natural resources of both the individuals and their mountains; it shows the character of work being done in this mountain land by many devoted men and women-teachers, medical workers, and home builders, and in the telling, all is woven into one thrilling story.

It reveals the mountain and hill country of the South, and most specifically Appalachia, as a training ground for Christian workers-home and foreign. The Men of the Mountains presents the hardy, fearless American Mountaineer, converted and consecrated, as a great and powerful factor in the finishing of God's work in the earth.

Arthur W. Spalding (1877-1953) is best known as a writer of books, of which he produced thirty. Some familiar titles are "Captains of the Host" and "Golden Treasury of Bible Stories." As early as 1919, Spalding had formed a Mission Scouts organization and later became active in junior camp work. He was the founder and secretary of the Home Commission of the General Conference from 1922 to 1942.

Elder Spalding's early years brought many experiences in many places. He was private secretary to Elder R M Kilgore, then superintendent of the southern field, to J H Kellogg and W K Kellogg at Battle Creek, and to E A Sutherland at Battle Creek College. He taught in diverse situations: academy at Graysville, Tennessee, college at Emmanuel Missionary College (now Andrews University), church school in California. He was a co-founder of the Fletcher Institute in North Carolina and principal of the Hurlburt Rural Training School in Georgia. He was editor of the Watchman Magazine from 1907 to 1922. His last years were devoted to special projects for the General Conference and the Review and Herald. His was a long period of service, from the age of fourteen, in 1891, to nearly seventy-seven in 1953.