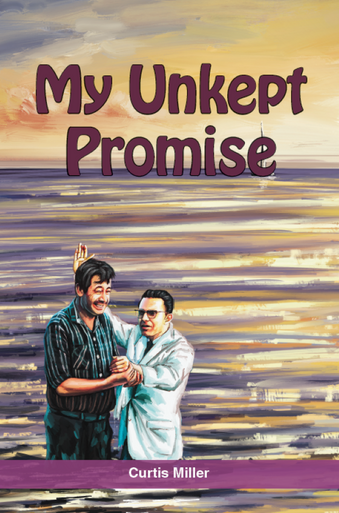 Throughout his life, Curtis Miller has always endeavored to follow the Lord’s leading, even when it meant relocating his family to the Middle East Division of Seventh-day Adventists. As a child, he grew up hearing the thrilling mission stories told by his uncle Clarence and his aunts Mary and Bess—some of the earliest Seventh-day Adventist missionaries to far-away lands.

This compelling story of how a young boy grows up to be a dedicated foreign missionary will captivate the reader as they read about his early school years struggling with what we know now as ADHD; his academy years navigating the ups and downs of relationships; his time in college and deciding to become a minister; and finally, his call to be a missionary in Turkey.

The adventure begins with the family taking a trans-Atlantic voyage to Italy. Curtis recalls, “As I turned to walk to our cabin, a knife flew past my shoulder, striking the wall behind me, then hitting the floor at my feet.” This was one of the many times that God put a hand of protection on Curtis and his family as they braved a foreign country to share the Gospel of Christ. During the six years the family spent in Turkey, they worked hand-in-hand with the local people to bring things such as Vacation Bible School, Pathfinders, and health and temperance presentations to the community.

As Curtis is placed in situations that require the utmost faith in God to prevail, he never lets go of God’s guiding hand. Sometimes the road is hard and the outcome a disappointment, but he always remembers Who brought him to this mission field and his purpose in being there. While successes did abound, there will always be that one unkept promise that will forever be in his heart.

Curtis Miller is a retired Seventh-day Adventist pastor and former missionary to Turkey. As a fifth-generation Seventh-day Adventist, he had the blessing of having several ancestors as pioneers in the mission field, inspiring him to take the evangelism torch and bring the light of his faith to the other side of the world.

In his spare time, Pastor Miller writes a “Happy Sabbath” message that he sends every Friday, just before sundown, to his family, friends, and colleagues.