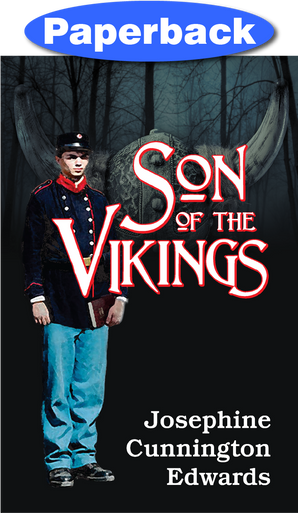 The prison cell door clanged shut behind Oscar. Feeling suddenly weak, he sat down on the narrow cot dominating the room. His fingers pressed against the rough blanket draped across the cot. He would be sleeping on it, he realized, sleeping on it as a military criminal.
Only seven days before he had been wandering along the Danish coast, enjoying the delights of a peaceful Sabbath, Now—now, he was a prisoner for refusing to bear arms and drill on the Sabbath. What would happen to him? A war was about to burst over Europe, and the Danish army could not afford to let insubordination like his go unpunished lest it shatter the morale of the army. Military discipline was harsh.
Once again, the ever-popular Josephine Cunnington Edwards weaves an exciting story that will encourage today’s young people and adults alike.