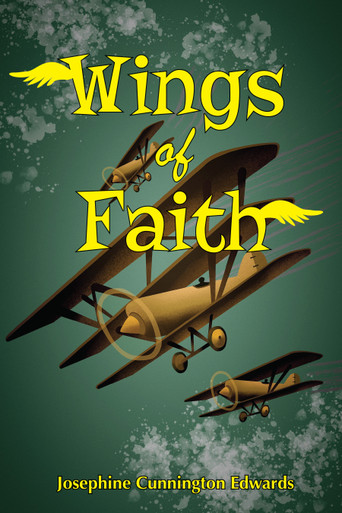 "Listen, Em, I'll tell you a secret. I believe we are really going to make a machine that flies. You'll see," said Orville.

And Orville was right! Together he and his brother made America's very first flying machine. But Emerson Chadwick had his own problems. His foremost concern was to make enough money so that he could get away from his cousin Lem. Just when his little tin box was almost full enough to suit him, the money mysteriously disappeared.

But Em wasn't licked yet! Money or no money, he was going to make it on his own, and that's exactly what he did. He went a long way before he learned that there was an easier way to fly than flying machines. Emerson Chadwick made his own flight—on "Wings of Faith."

Josephine Cunnington Edwards (1904–1993) was a versatile woman. She served as a missionary in Africa and wrote more than twenty books in such areas as missions, history, children, and the home. She also collaborated on three TV shows; found time to collect dolls, dishes, and Siamese cats; and enjoyed painting and traveling.