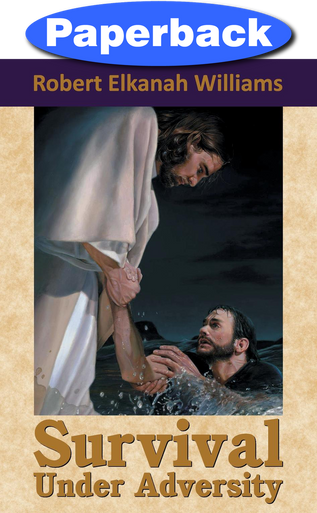 If you were to see a glass on the table filled halfway with water, would you say it was half full or half empty? This is a classic question that many people say indicates whether you are a positive or negative person, whether you see life as full of potential or full of problems.

Robert Williams has always viewed life as full of potential. Each challenge he encountered along the way, which included a village spiritualist in his native Jamaica saying he wouldn’t amount to anything, served as a steppingstone and a catalyst to prove that God had a plan for his life.

Survival Under Adversity provides advice on how to succeed in life from a man who struggled against all odds to finish school and then went on to become a pastor and later a physician. Despite financial challenges, dishonest professors, unsupportive employers, and other obstacles, Dr. Williams placed his faith in God and pushed forward in pursuit of the goals he felt God was calling him to accomplish.