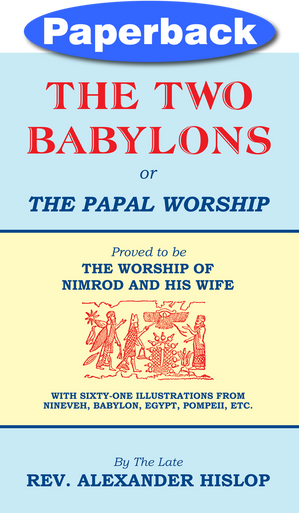 Is Modern Babylon (Rev. 17:5) the Roman Catholic Church? Where did their practices, traditions and beliefs come from?

In this scholarly classic, first published as a pamphlet in 1853 then greatly expanded in 1858, the late Alexander Hislop (1806-1865) reveals how most of the Christian rituals and trappings did not originate with Christ or the Bible, but were adopted from ancient pagan Babylonian religion, and given Christian names.

Learn how Nimrod and his wife began a religion that has spread over the world and into virtually every religion, taking on many different names.