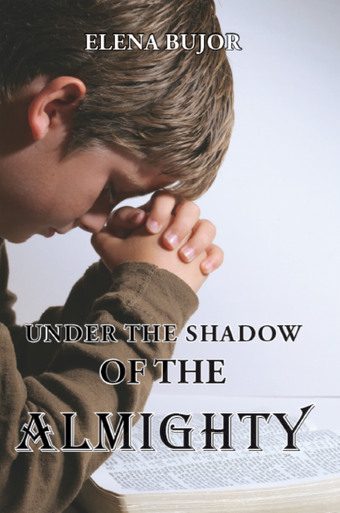 Under the Shadow of the Almighty: From Communist Romania to Freedom / Bujor, Elena / Paperback / LSI

"The post-war times were hard for poor Romania, especially for the peasants. After Communism came to power, they were deprived of their most basic means of livelihood. A few years after the end of the war, the Iorga family, like many other well-to-do families, was left in poverty.

By the time Elena was a toddler, the food was more and more scarce. … One day, she looked at her mother's tear-stained face in bewilderment as their food supplies were being confiscated."

Life was difficult for everyone in Communist Romania but especially hard for Seventh-day Adventists. On Elena's first day of first grade, her teacher called the roll; when Elena stood and told her name, the teacher called her an "'idiot child' who believed in God, went to church on Saturday, and thought she would go to heaven. And, to make the children laugh at me, he said sarcastically, 'When the Lord comes to take you to heaven, I will cling to your foot, and I will get there, too.'" But thanks to a loving family and close-knit church family, Elena grew up secure in their love and God's love.

She attended college to become a dental lab technician. Her first marriage ended in divorce, but she was left with a son, Silviu, the light of her life. After emigrating to the United States, she worked as a housekeeper and eventually found love again with Emil Bujor, who became a true father to Silviu. Elena endeavors to see and listen to God's will for her and her little family through it all.

You'll laugh and cry at the ups and downs of Elena and Emil's lives as they struggle to understand and follow God's leading through the years.

Elena Iorga-Bujor was born and raised in Communist Romania in a Seventh-day Adventist family. After emigrating to the United States, she worked as a housekeeper until she met and married Emil Bujor, also from Romania. Eventually, she qualified to be a dental assistant and, additionally, to operate her own lab as a dental lab technician, a skill she learned and practiced in Romania with great talent and passion. Emil and Elena have one grown son. They are both retired and living in Grants Pass, Oregon.