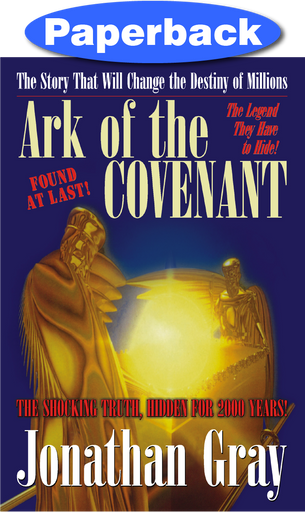 THEY CALLED IT A HOAX UNTIL ONE MAN WENT TO PROVE IT... THE UNEXPECTED TRUTH SHOCKED GRAY. IT WILL SHOCK YOU, TOO!

For 800 years, the Ark of the Covenant was the most sacred object in the world. In 586 BC it vanished. 2,500 years later, American amateur archaeologist Ron Wyatt claimed to have found the Ark of the Covenant. He was promptly ordered by the host government not to reveal certain information. Jonathan Gray set out with a briefcase full of objections against Wyatt’s claims. However, intense investigation, repeated visits to dig sites, and privileged viewing of evidence and artifacts leave him totally convinced.