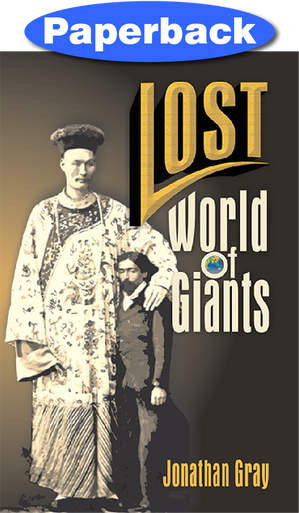 At last! Concrete evidence of ancient giants who ruled the earth! This cutting edge report answers the questions:

This amazing report presents 97 case histories of GIANT discoveries all over the earth, including some ACTUAL PHOTOGRAPHS! Also, who were these ancient people with 6 fingers and 6 toes? And more . . . Could you live to be 600? What is the truth about long-lived humans in the past? "Killer" finds that shake the evolution theory!

International explorer, archaeologist, and author Jonathan Gray has traveled the world to gather data on ancient mysteries. He has penetrated some largely unexplored areas, including parts of the Amazon headwaters. The author has also led expeditions to the bottom of the sea, and to remote mountain and desert regions of the world. He lectures internationally.