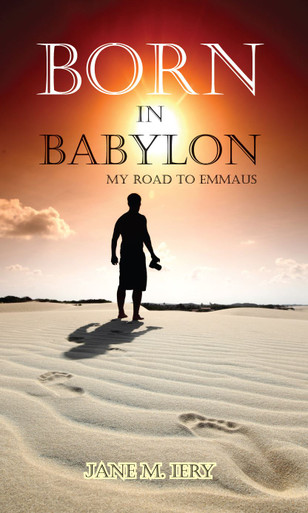 Jane Iery was born into a large, happy family, the fifth of seven children. Born and raised a Catholic, Jane was active in her church much of her adult life, but that was after her tumultuous teenaged years. Smoking and drinking led to an unplanned pregnancy and an unwanted marriage. Not surprisingly, the marriage dissolved after a few years, and her drinking led her to meet another man in a bar. They soon married and moved back to Jane’s hometown, prompting her to return to her childhood church.

Life threw Jane some hard curveballs, but as it did, she became more earnest to know more about Jesus. She became involved in her church, singing in the choir and serving in various capacities until working her way up to becoming a pastoral assistant.

Her world began turning upside down when she found a flyer to an evangelistic series titled Unlock Revelation. There she learned that much of what she’d been taught and believed in was not scriptural but false doctrine. She recounts:

After hearing and seeing this, I paused the video. My mind was screaming, how can this be? How can this be? This cannot be so! I began to cry, and my entire body trembled uncontrollably. What was I going to do?

Journey with Jane as she navigates Bible truth as compared to the teachings of the Catholic Church. You’ll rejoice as truth triumphs in her life and the life of her husband.

In the summer of 2019, Jane was invited to give her testimony at Michigan’s Summer Camp Meeting at Great Lakes Adventist Academy—live-streamed to 130 other locations and countries. This event precipitated an invitation to have a small part of her story published in the online Adventist magazine, Fulcrum7, titled “Born in Babylon.” Jane actively shares her testimony anywhere God opens the door.