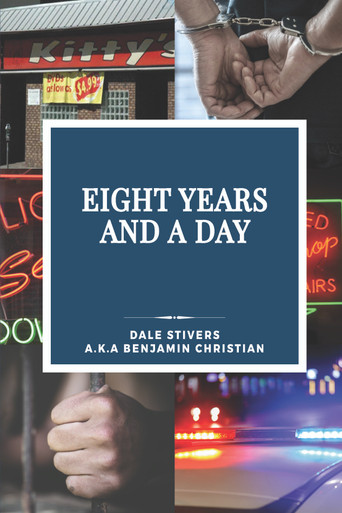 At forty-three years of age, Dale kidnapped and attempted to rape an eighteen-year-old girl. She was a fighter, attacking her assailant so aggressively that he gave up after slashing her arm with his knife. Hoping to avoid arrest, he took her home rather than to a hospital to seek medical attention. But the arrest was not to be avoided, only delayed.

Eight Years and a Day was written to introduce those battling an addiction to pornography to Jesus Christ, the only One who can free them from addiction. If this is you, you too can be free and find God’s forgiveness and a new life in Him. If you know someone who might benefit from reading this book, please share it. And never stop praying for the addict in your life.

In his spare time, Dale enjoys being in the kitchen, where his specialty is baking! He also endeavors to share his story with others so that they do not make the same mistakes as he did. If there is a message he would like to share with others, it is this—there is HOPE for anyone willing to come to Jesus Christ and start a personal relationship with Him.

“If we confess our sins, he is faithful and just to forgive us our sins, and to cleanse us from all unrighteousness.” 1 John 1:9, KJV