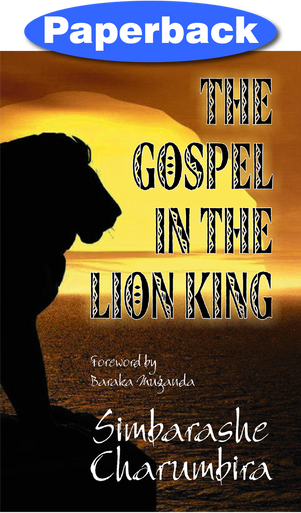 Gospel in the Lion King, The / Charumbira, Simbarashe / Paperback / LSI

This book shows the parallels between Walt Disney's The Lion King in the African Savanna and the story of the gospel and the salvation of the human race as told in the Bible, and how they correlate with one another. As one reads, their own assertion can be made as what they see as the most important. While there is the tale of the "Lion King" in the jungle, there is the real "Lion King," called the Lion of the tribe of Judah, who has overcome the world on our behalf. All we need to do is follow and accept Him.