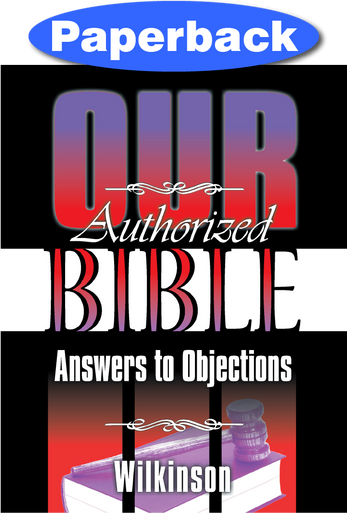 Back in 1930, B.G. Wilkinson published Our Authorized Bible Vindicated. Some of his college colleagues took exception to his book and criticized it publicly. Since Wilkinson, Who was a professor in one of our colleges, was having his scholarship questioned, it was mandatory that he reply. This book is his reply to their "review " and criticism. It literally "downs" them on every argument. Since feelings and rivalry were running high, the General Conference of those days requestioned Wilkinson to not publish this work. He agreed. Since the individuals concerned are no longer on the scene, and since the issue of modern versions is now a very important topic, we feel that this work should be available to students. At the time Our Authorized Bible Vindicated was published, the NIV had not come on the scene. Wilkinson's main concern was with the Revised Version and the American Revision, both springing from the works of Westcott and Hort (on the RV). All modern versions also have taken their basis from the Westcott-Hort Greek Text. It is time we re-examined their sources and reasoning.

Benjamin G. Wilkinson, PhD worked as the Dean of Theology for Washington Missionary College (now known as Columbia Union College today). During his long years of service to the cause he loved, he also dedicated his life in ministry and study. This work is the culmination of study for many urgent requests he received on this pertinent subject.