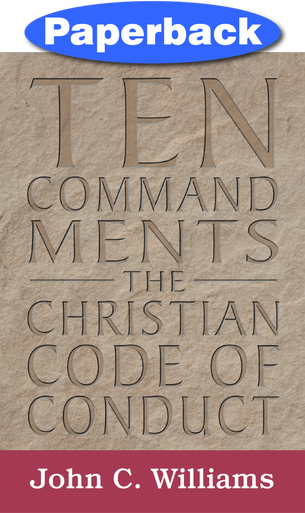 God has given us ten simple rules to follow that we may have life and have it more abundantly. From the time He unveiled the Ten Commandments to the children of Israel at Mount Sinai until now, God’s people have been identified by the fact that they follow His commandments.

The Ten Commandments are the Christian’s code of conduct that separates us from the rest of the world and serves as a barometer of our allegiance to the Creator of the universe. Ten Commandments: The Christian Code of Conduct examines the commandments of God and how they apply to the Christian life. The book also addresses one of the most misunderstood commandments—the fourth commandment and the call to observe the biblical Sabbath. Many Christians differ on their interpretation of this commandment, but through a clear study of the Bible, this book points to the truth of the Sabbath and the importance for Christians to follow all ten commandments.

As the end of the world draws near, those who will be ready for Christ’s return are “those who keep the commandments of God and the faith of Jesus” (Rev. 14:12). May God’s followers be found keeping all ten of His commandments!

John C. Williams resides in Mililani, Hawaii, on the island of Oahu, where he works for the U.S. Naval Computer Telecommunications Area Master Station in the Pacific.

John wrote this book in response to numerous objections/questions from different persons about validity of the Sabbath and the Ten Commandments after reading the book Ten Commandments, Twice Removed. In his spare time, John enjoys studying the Bible, leading out in small groups, writing for his blog, and comparing history with current world events.