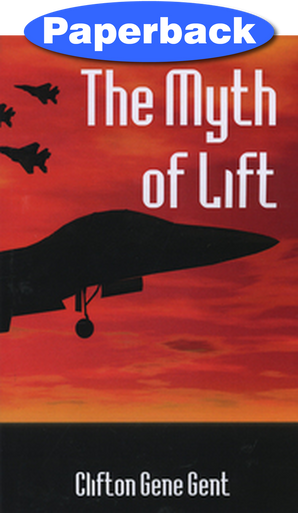 How does lift work? You would think that all the answers would be spelled out in numerous aerodynamic textbooks. However this is not the case. You might ask, "Didn't we figure this out earlier this century?" Amazingly enough, the "Theory of Lift" is being challenged today in research and engineering departments around the world.

Discover in this book why the "old school" blunders are still being promoted today and why the traditional "Theory of Lift Optimization" is dead wrong.

Clifton Gene Gent entered the service as a Naval Cadet in May of 1950. He was a member of Fighter Squadron 92 in 1953 operating over Korea from the deck of the attack carrier USS Valley Forge. Before being called to active duty, Gene attended La Sierra College in Arlington, California, Emmanuel Missionary College in Berrien Springs, Michigan, University of California at Riverside, and CAL Poly State University in San Luis Obispo, California.